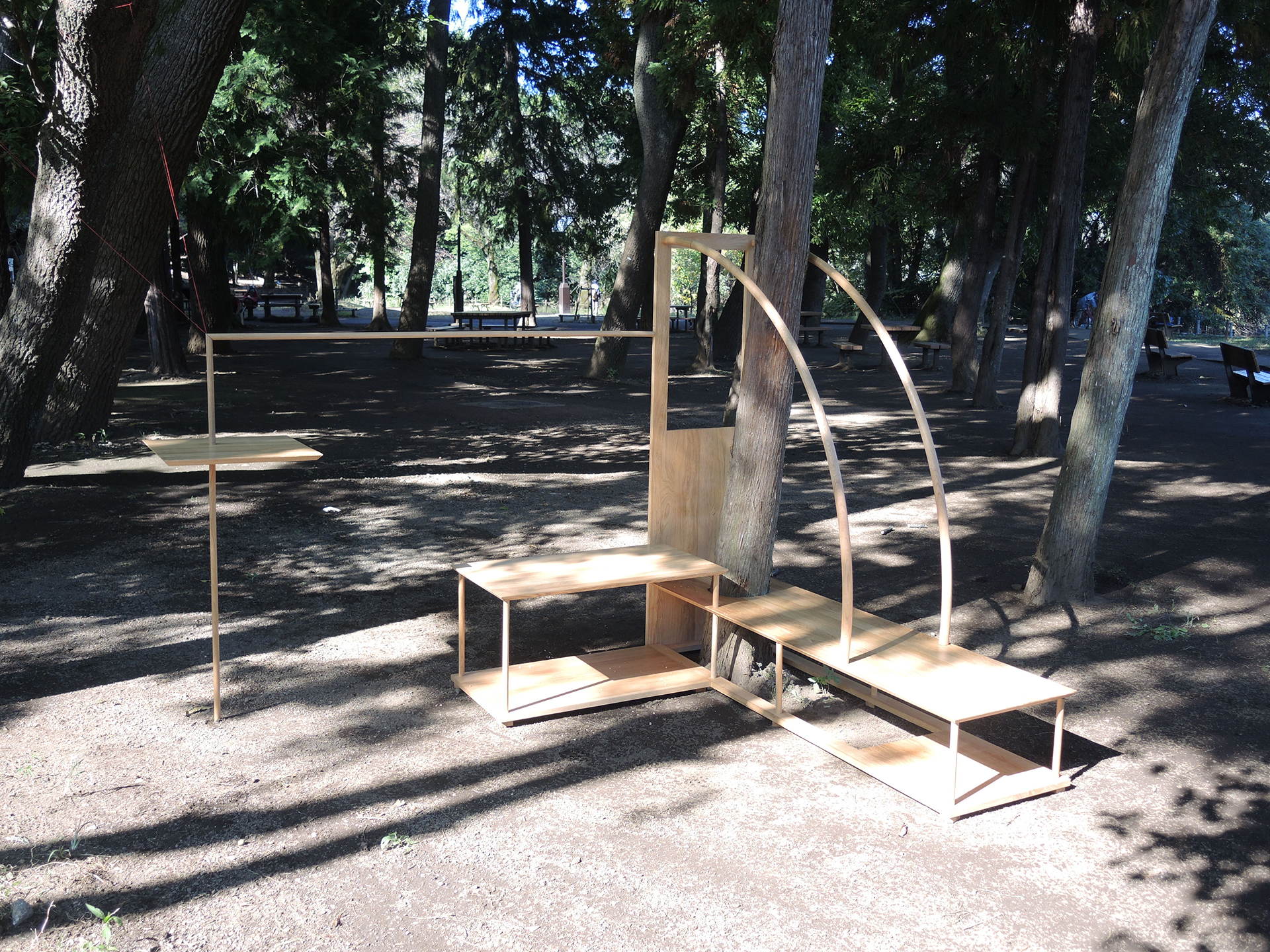 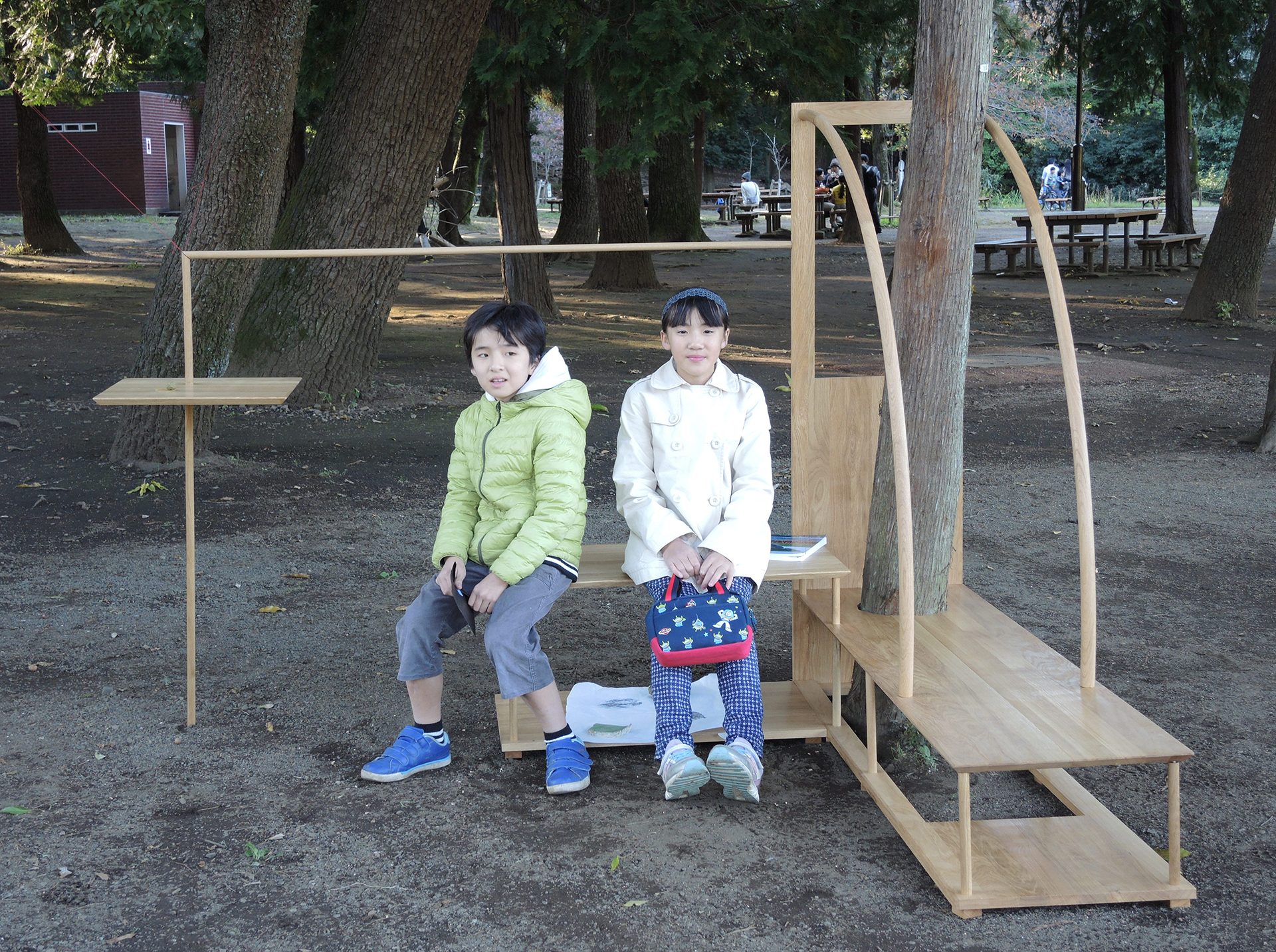 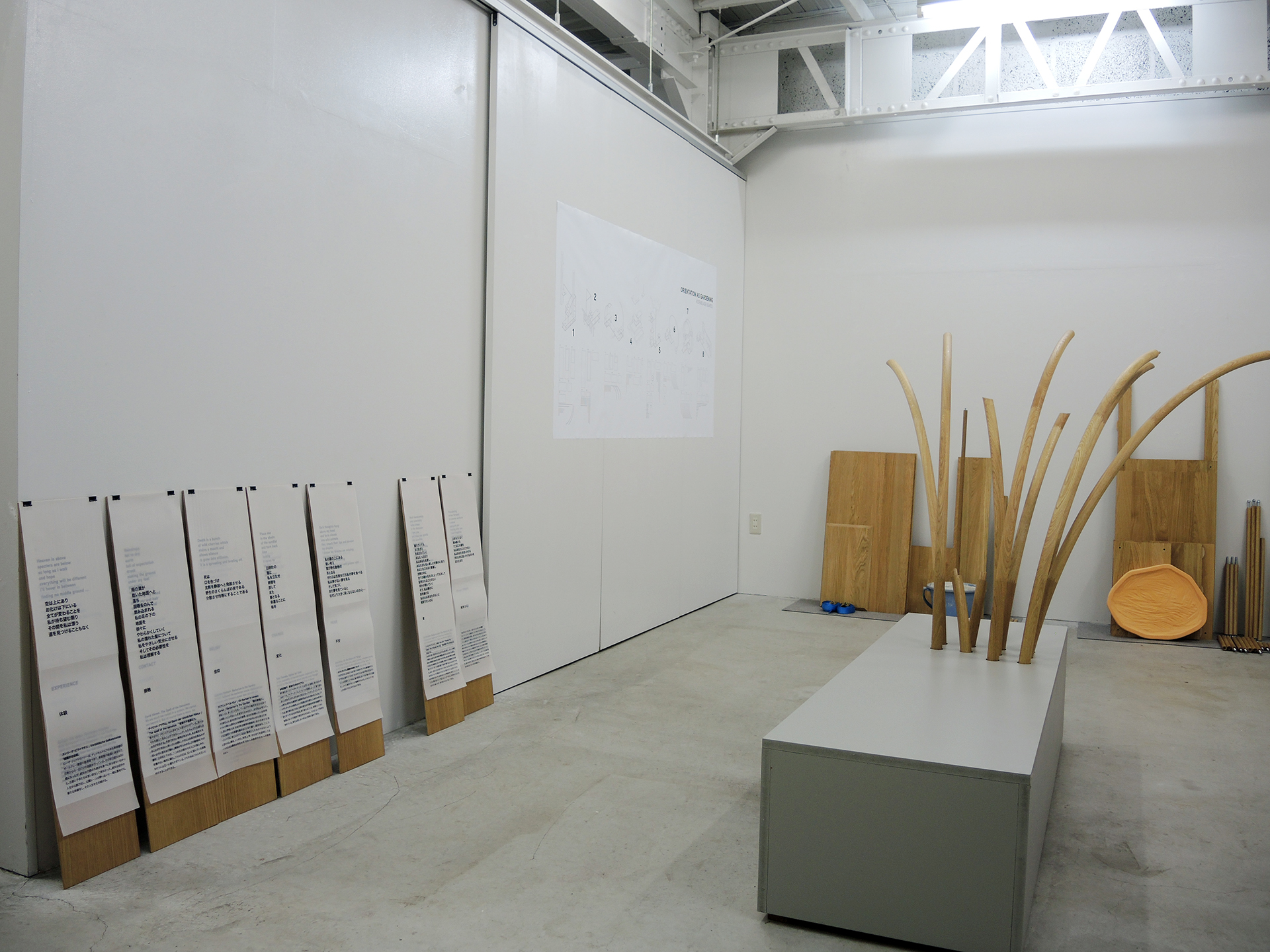 Day 1 – Board 1
the boat drifts across

Orientation allows us a notion of the world around us. “Orientation as Gardening” investigates orientation as an activity, a transition, an experience and not as a given. An active composing (gardening) of being-in-the-world.

A series of arrangements have been developed: Eight Assemblage Boards and eight pieces of text will be installed in Zenpukuji Park and in the gallery of Youkobo Art Space. Based upon classic Shohin displays – small scale indoor shelves for plants and stones – the boards have been enlarged to human scale and transfered into public space. Frame and furniture in one, they have been adapted to the specific conditions of their respective environments in the park. These eight sites compose an array of perspectives and represent at the same time an infinite number of possible further options. In addition, eight texts have been developed: From eight different books, one essential word has been filtered and subsequently a poem developed out of it.

From November 3rd through November 10th at 8 am, the team will start its passage from the gallery to the park, carrying the components for one board. At its designated spot, the group will take a moment to prepare for the work of that day; then the board will be set up. For eight days, Almut Rink and Carola Platzek will be present and working at the respective board. At the end of the day, it will be given a name. As the park closes, title and board return to the gallery. From the second through the eighth day, one of the texts will wander from the gallery into the park and mark the void, created by the board of the previous day. Only one board at a time will be present in the park. All the parts that are not in use outside, will be stored and displayed in Youkobo Art Space. They are exhibition, archive, and storage at once.

The eight days of Carola Platzek and Almut Rink’s presence in the park are followed by eight days of absence, in which both artists continue their research outside of the park. During this time, November 11th through 18th, the eighth board will remain at its location, containing a drawer with photographs that recollect the physical presence of the boards in the park. November 19th, both artists will return to the park for one final day at the board. Like its predecessors, it will be given a name and return to the gallery in the evening. The next day, a text will be placed in the void of the eighth board and thus complete the series of texts in the park; a photograph of the eighth board will be placed in the drawer.

After the eight days, a series of talks took place at the site of the last board. Together with local experts, Almut Rink and Carola Platzek reflected the past experiences from different viewpoints.