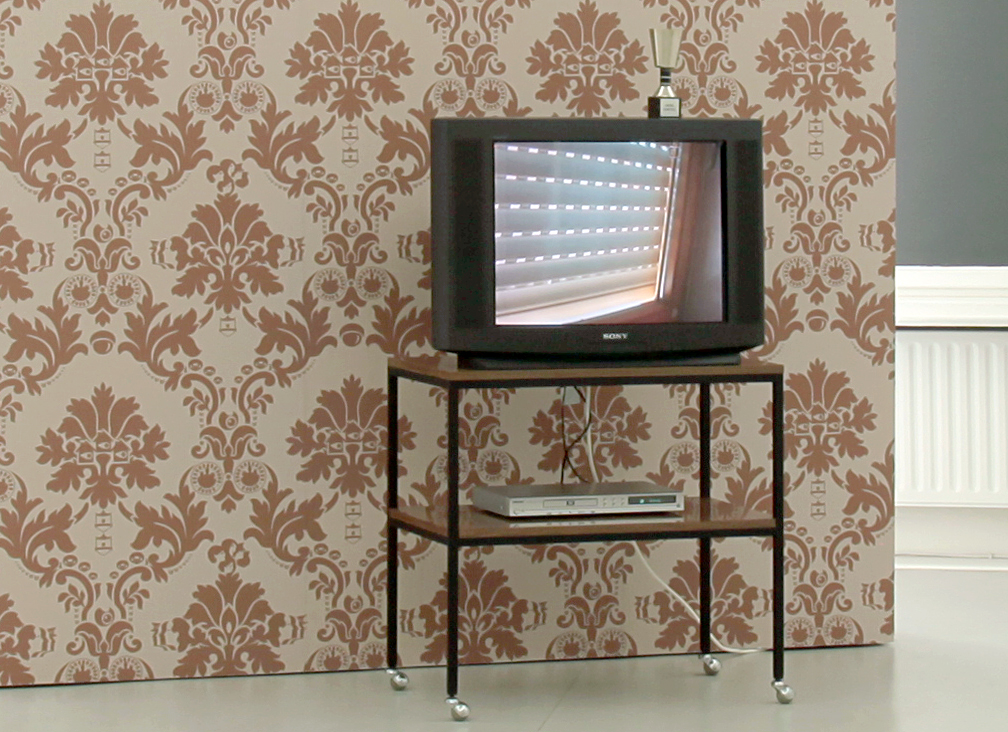 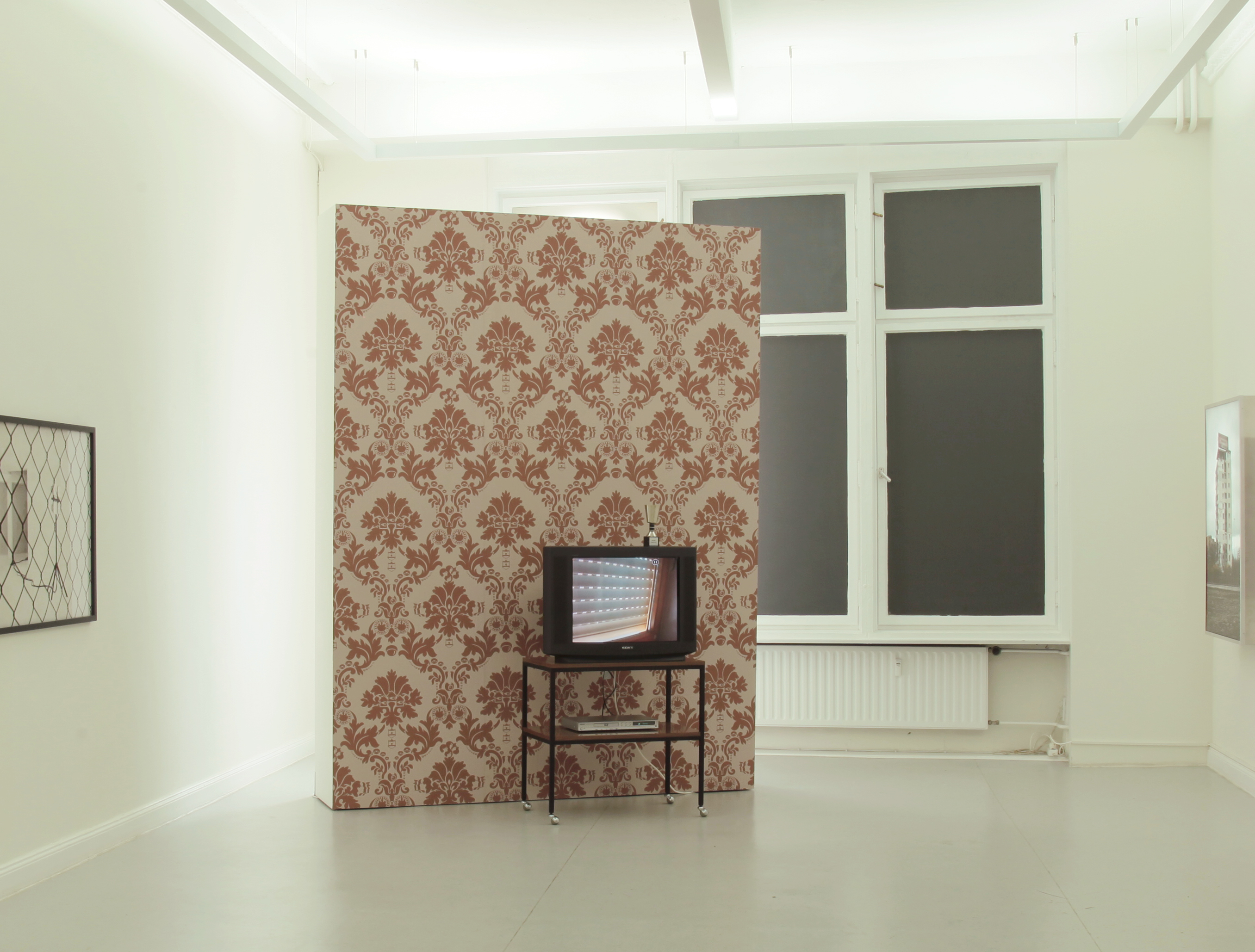 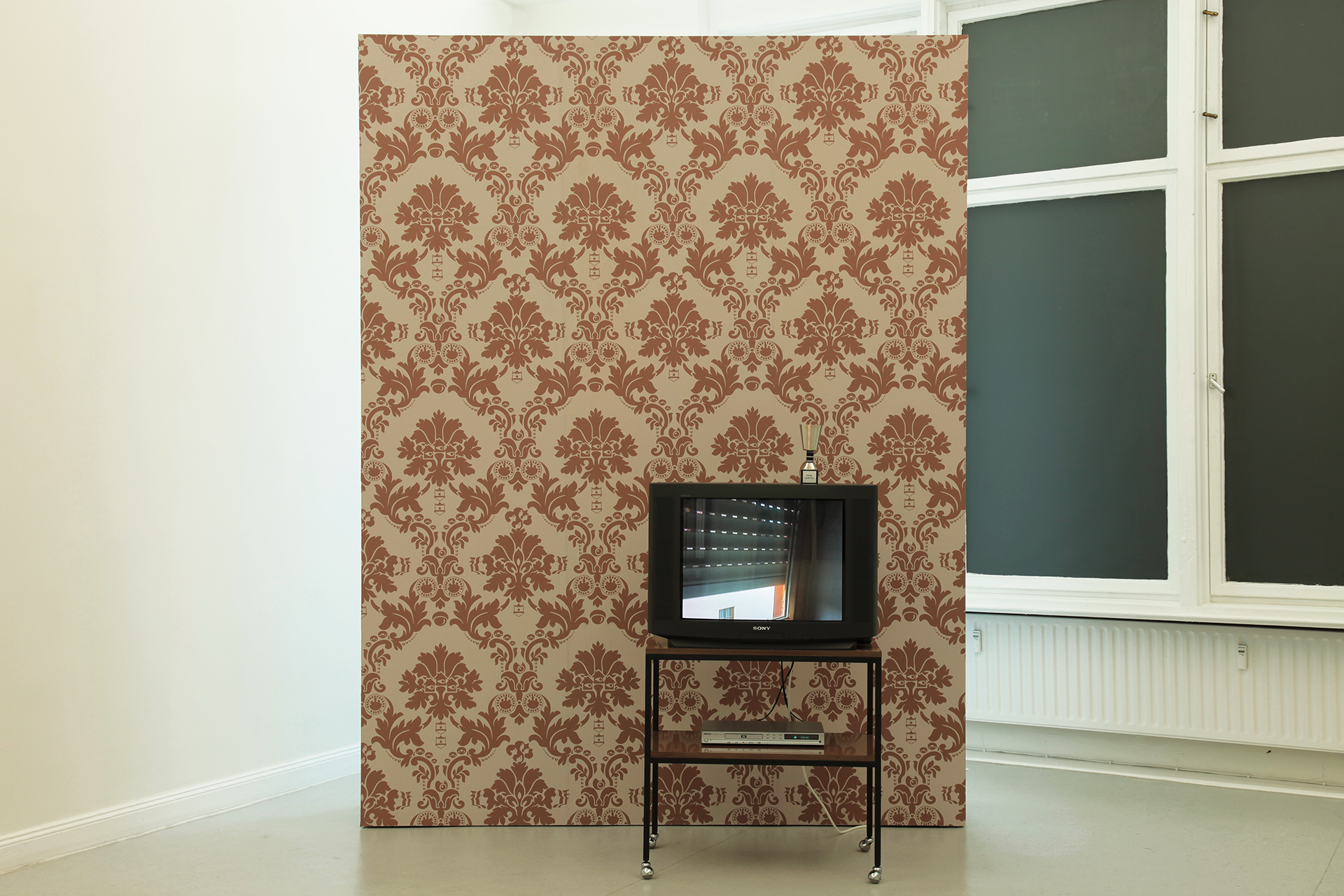 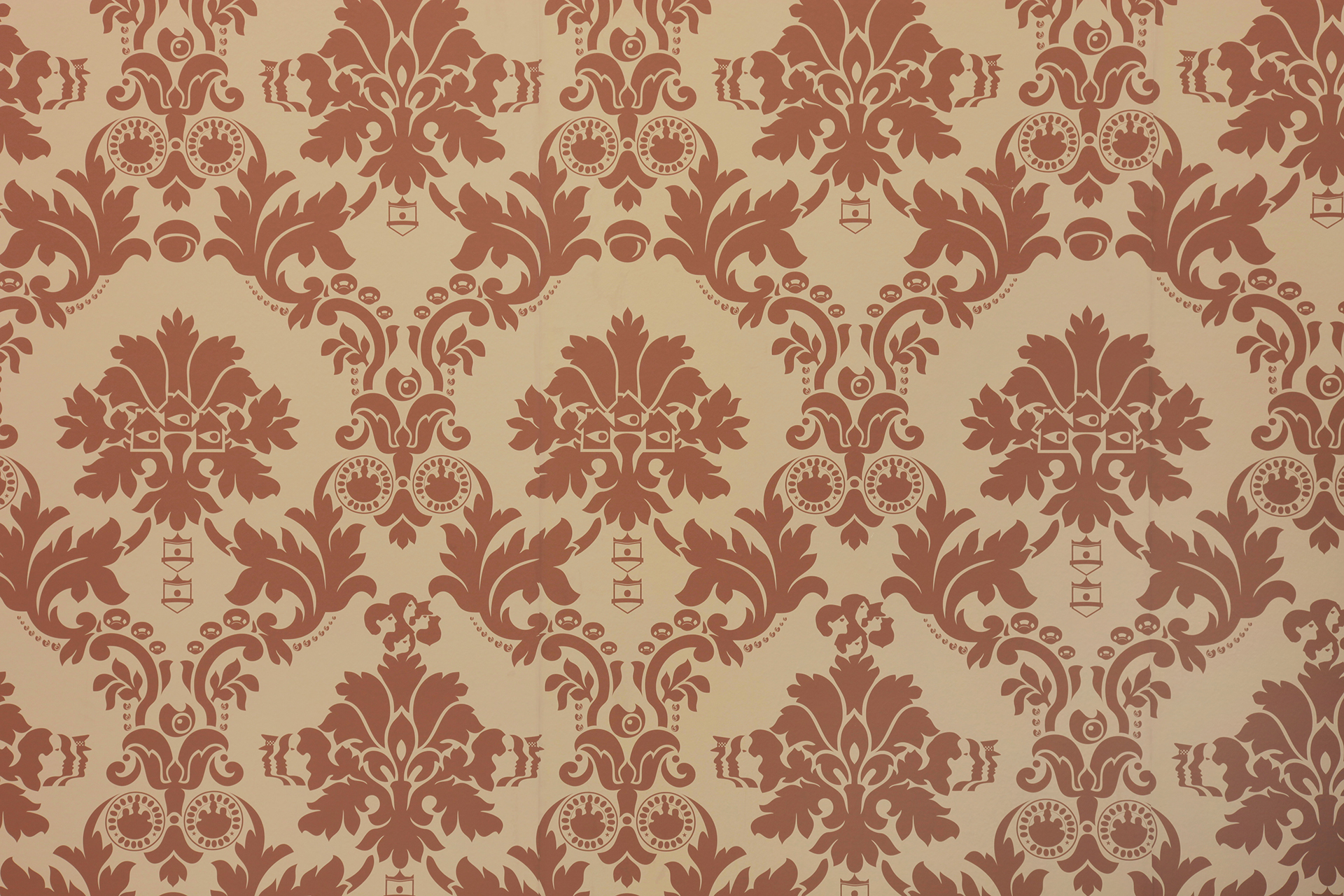 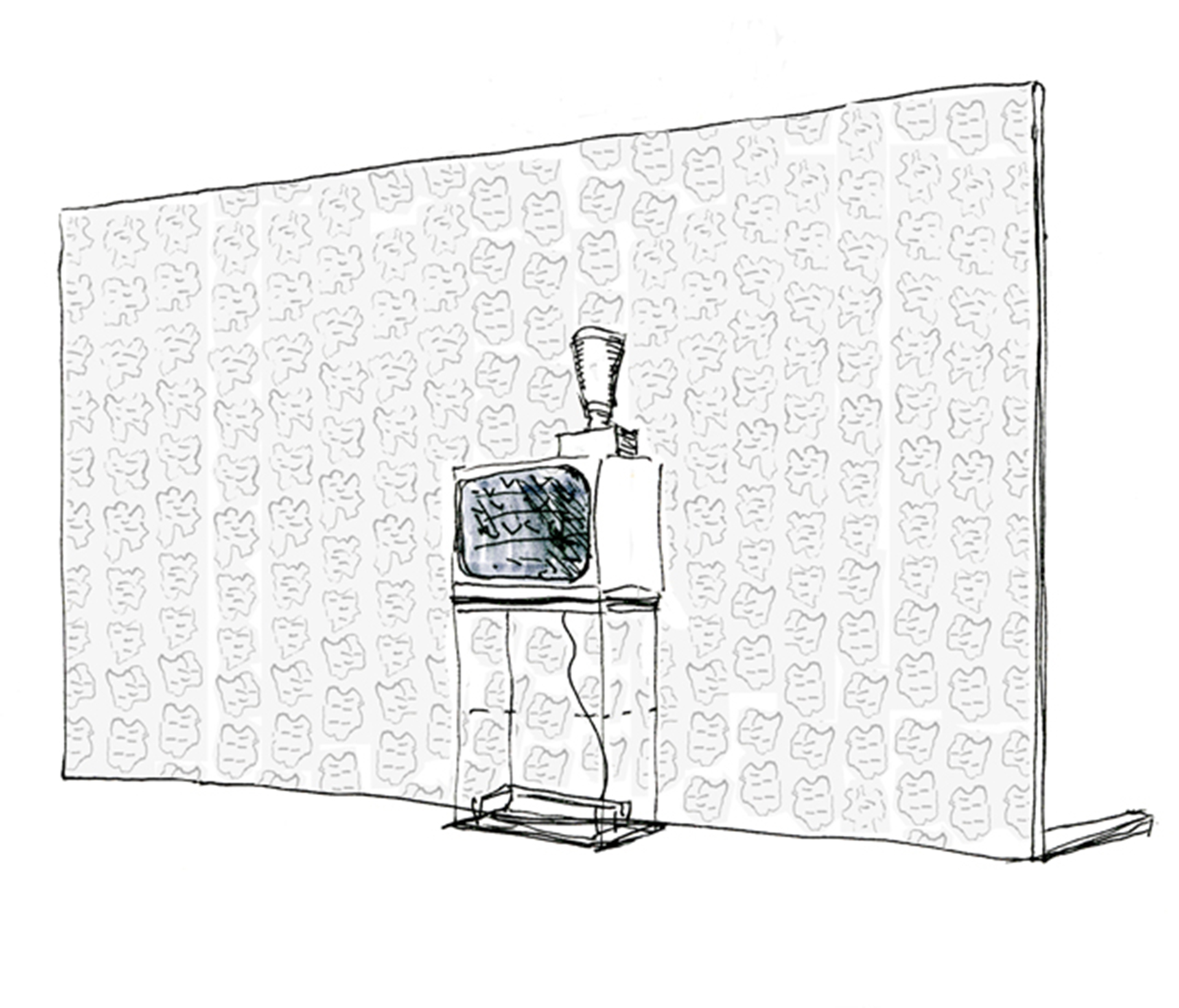 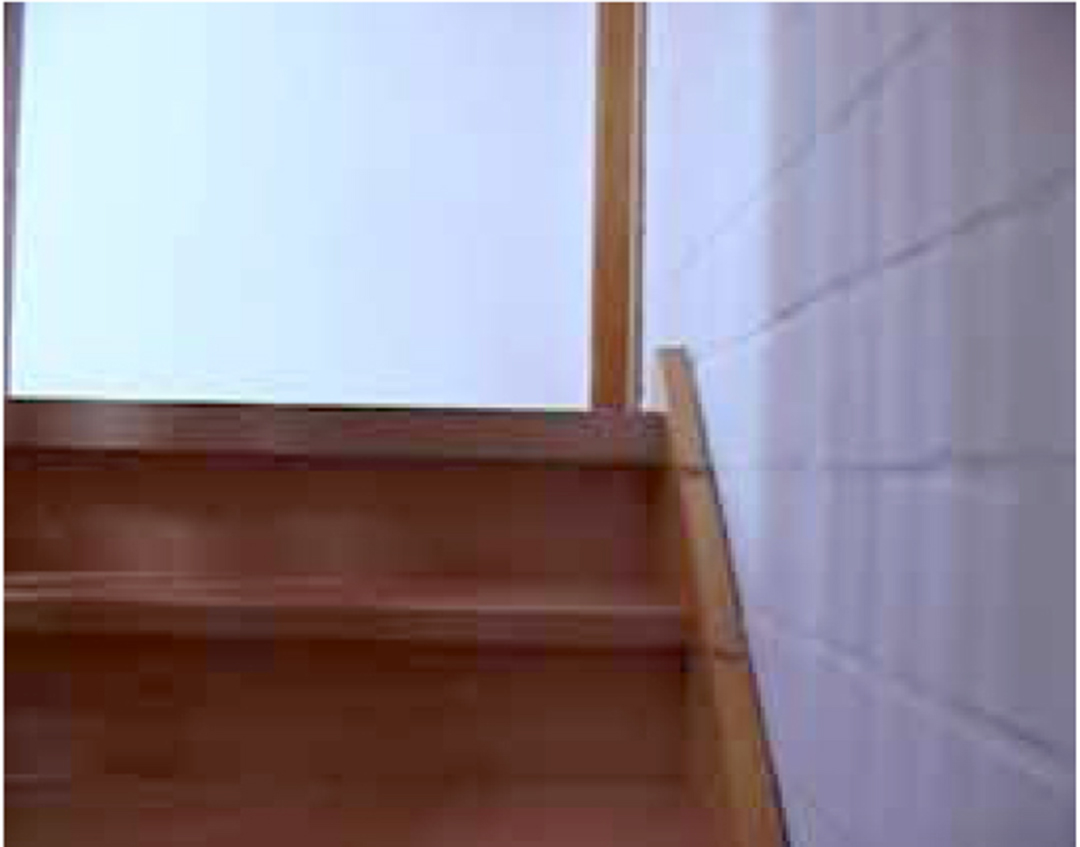 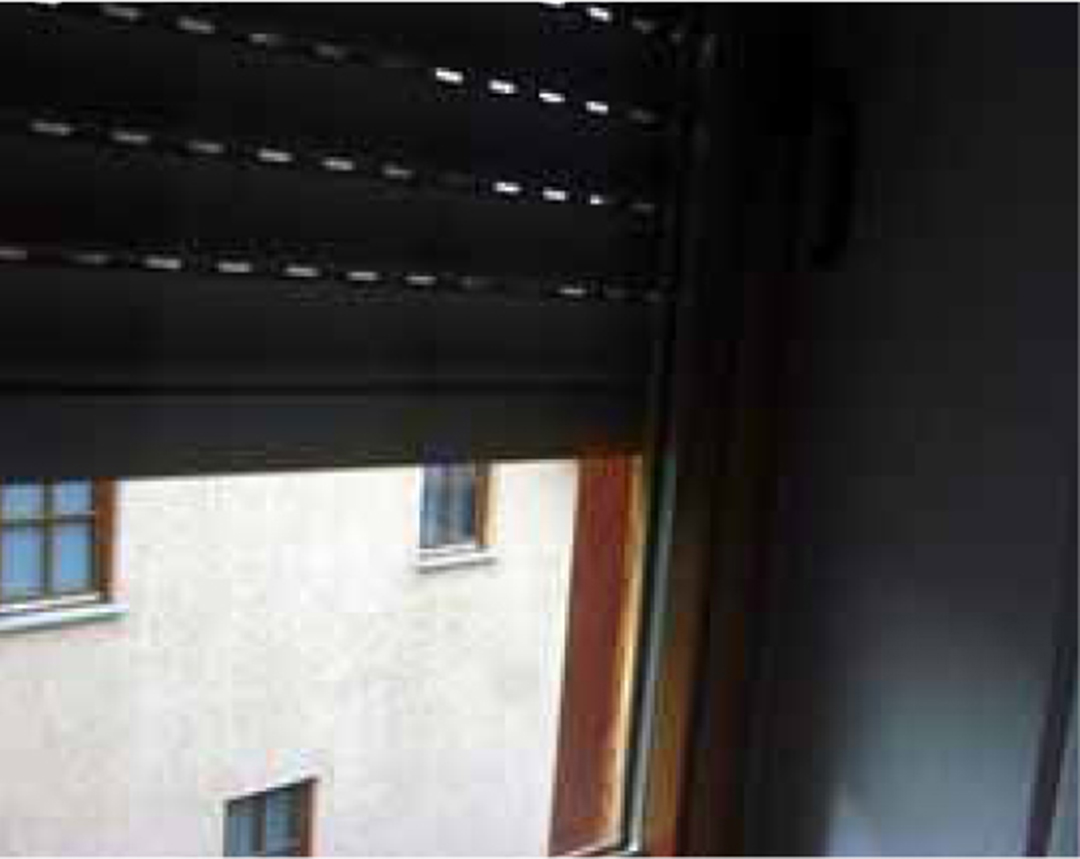 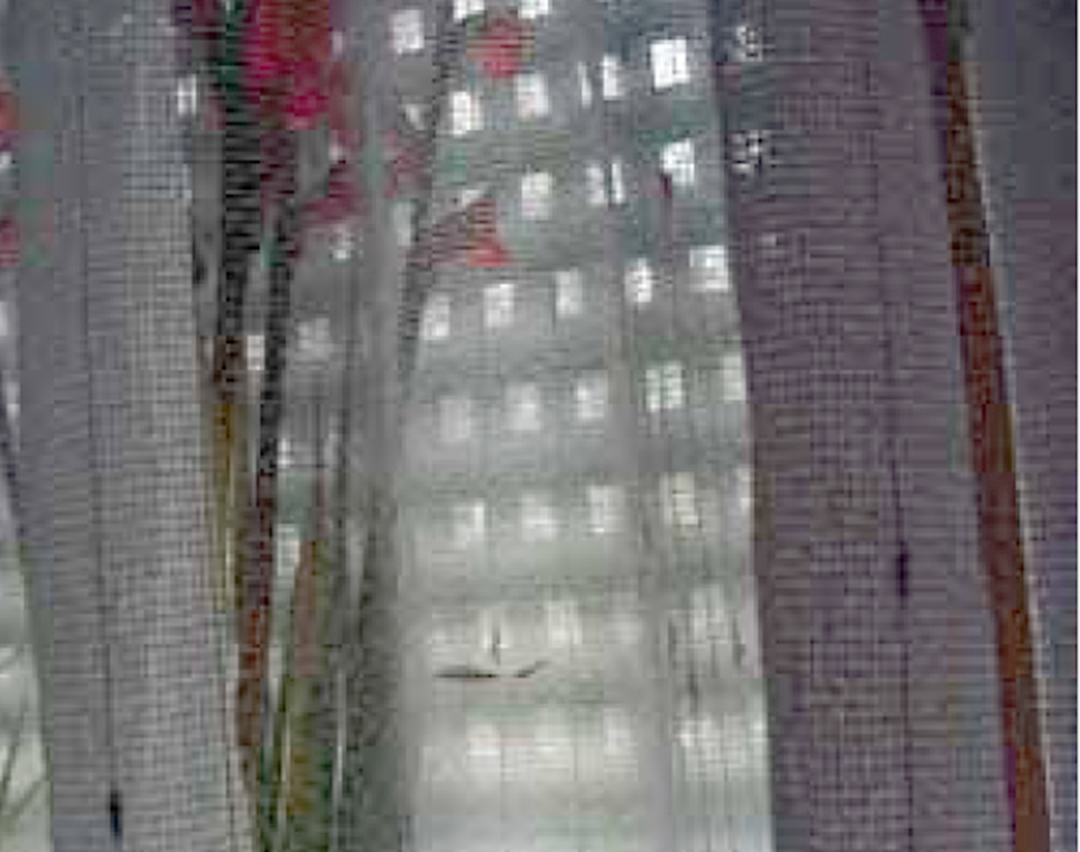 This Installation describes the ambivalence of the private zone, which, alongside its protective function also results in isolation from the outside world. This is exemplified by private homes in the former GDR, mass-constructed prefabs erected within a very short time after German reunification and privatization that went along with it. The spatial element suggests an interior: a wall with a patterned wallpaper. On the surface, this paper first comes across as a harmless interior décor. A second glance, however, reveals its xenophobic contents: icons of surveillance cameras and logo quotes from vigilante groups and neighborhood watch groups appear. Embedded as they are into the pattern repeat, they merge into the camouflage of innocuous ornaments of nature. The TV acts as a „window to the world“ and stands metaphorically for this cocooning in the own home, as does the film that is shown of the shutters being vehemently closed as someone walks through a house. on top of the TV set is a trophy cup to commemorate the own position of victory.